COP26 – How does it affect your business?

The long-awaited COP26 climate conference in Glasgow has come to an end, making important progress in a number of areas — but not enough. We are still far from winning the fight against the climate crisis.

Governments from around the world compromised to meet again next year to submit stronger 2030 emissions reduction plans with the aim of limiting global warming to 1.5°C. It was also agreed that the governments from developed countries should urgently send more resources to help climate-vulnerable countries adapt to the dangerous and costly consequences of climate change that they are experiencing already.

But what was the effect of the COP26 conference on UK businesses?

COP26 happened at the start of November and world leaders flew in from all over the globe for it. Massive great big talks were made and massive great big agreements about what’s gonna happen. But, what does it mean for your business? Let’s take a look at the impact COP26 had on small businesses, large businesses, and enterprise-scale businesses in the UK.

So, COP26 world leaders flew in, they had really long and deep discussions about how to move forward regarding their emissions reduction plans. There are plenty of reports and interviews published available to consult. People worked hard to try and achieve something. But, what did they achieve in terms of changing the way you do business? Let’s take a look. The post will be divided into three parts: the summary, the impact on the largest companies, and the impact on smaller companies. 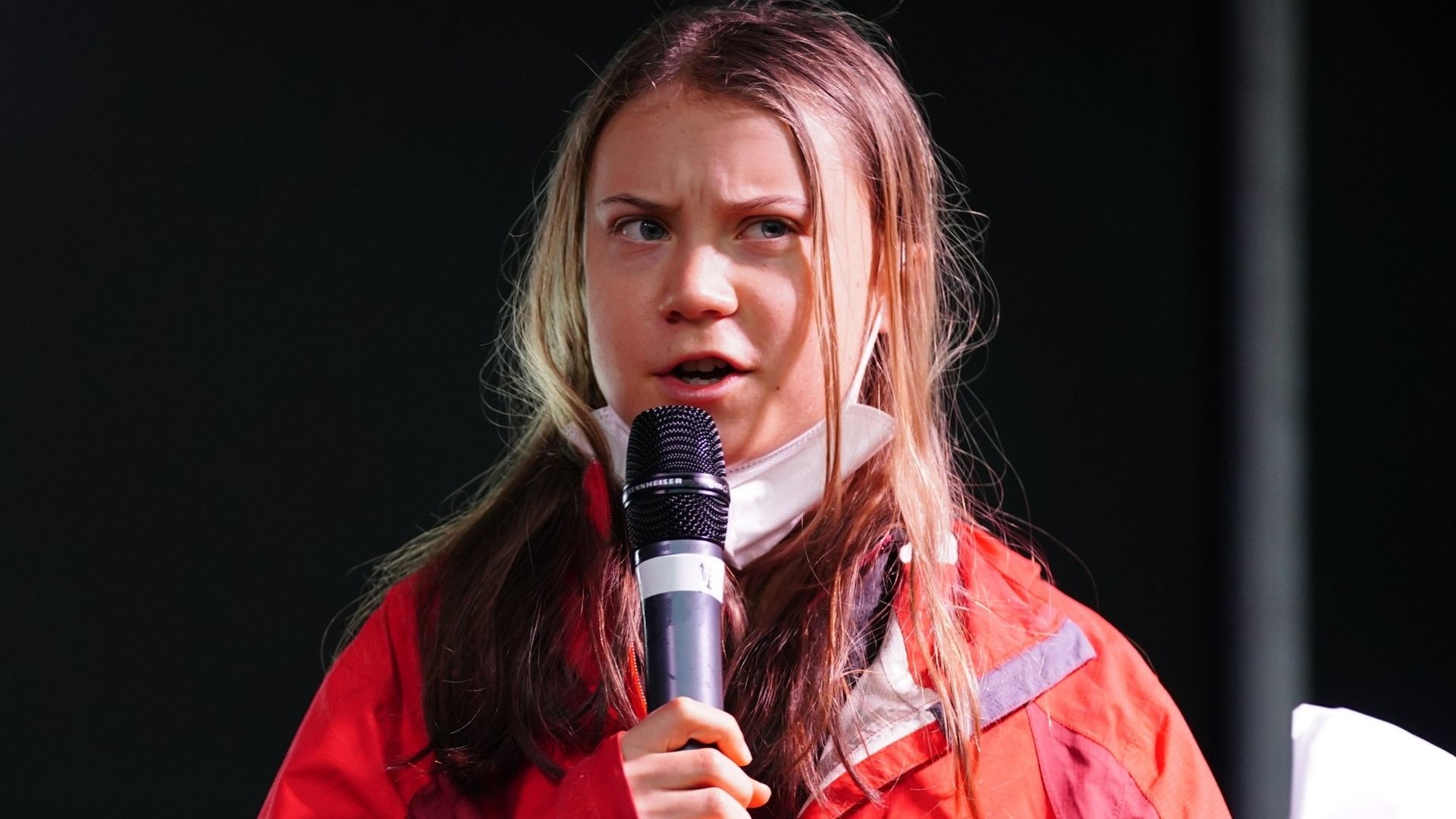 So let’s start off with the summary and this is going to be quite a short part and it’s a bit of a shame, really. I was quite hoping to do a longer blog post, and I’d like to be talking about what they did to bring in. For example, all of the net-zero work that people are working really hard on in terms of standards. Or how those standards are going to be applied to businesses. But, there was none of them.

The person who summed it up best for me was Greta Thunberg, when she said, you know, “blah, blah, blah”. Good old Greta, got a lot of time for her. I think she speaks a lot of sense, and she was saying a lot. Most parts of the conference can be considered as just a talking shop as nothing major came out of it. And for businesses, that’s probably true as you’ll read that when I get to the small businesses part. There’s a bit of planning you need to do, but that’s it. No major change, nothing needs to change.

I was hoping that they would announce the changes in sustainability regulations such as ESOS, the energy-saving opportunity scheme, or  SECR, the streamlined energy and carbon reporting scheme. But they didn’t happen. They didn’t even say what the new scheme is going to be. 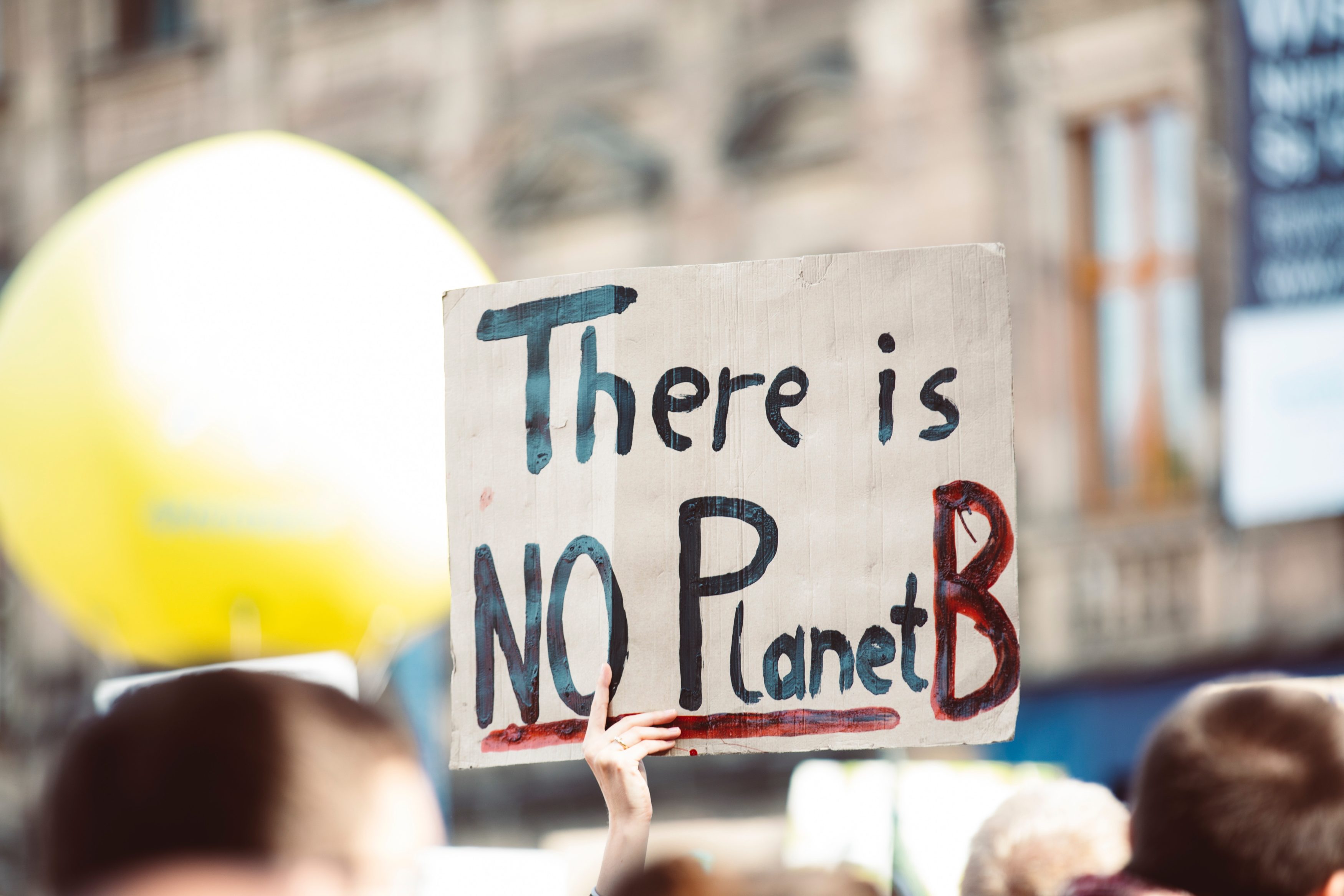 The impact on the largest companies

So, regarding the impact on the largest companies, there’s a couple of bits and bobs for large companies. I wish that somehow they’d taken the opportunity to get rid of some of the rumors that are out there. Because there are a lot of rumors swirling about what is going to happen and it would have been great if they could have bedded them out.

So, let’s have a look at what did happen. Let’s check what was announced for large companies. With great fanfare and great aplomb, they have formally announced the TCFD scheme. The announcement was a bit weird as we all knew it was coming. What’s more, many of my clients are already kinda halfway through the planning. But what does this announcement mean?

Firstly, let’s have a look at TCFD. Shall we? The Task Force for Climate Change Financial Disclosure, that’s what it stands for, is a working party set up out of the COP21 conference. You will need to join the TCFD scheme if you have over 500 staff and over 500 million turnover. You need to publish a TCFD in your next set of reporting accounts after April 6th, 2022. The scheme also applies to banks, building societies, and listed companies (listed on the main London stock exchange).

The idea is to bring the TCFD and roll it out throughout other sectors of the industry by lowering the boundary conditions for qualification. So, eventually, it will become sort of mandatory for all companies. Again, this last bit is not a fact, but it is expected. However, if you fall into the criteria mentioned above, you have a TCFD report to prepare.

There is also some good news. The good news is we’ve got some documents now to refer back to and say, we want what is on financial disclosure. You won’t need to go into it, I’ve read all the stuff issued by the stock exchange and it is pretty good. There’s an organization called “The International Financial Reporting Standards Foundation (IFRS Foundation)”, and they have set up a new component of their organization called “The International Sustainability Standards Board (ISSB)”. The IFRS and the ISSB have published what they think is a worldwide standard for climate change financial disclosures. On the ISSB recommended disclosure paper you will find regulations that should be included in the financial disclosure. It’s a cool 500 pages.

Another document that I think a lot of UK companies are working on is PPN06/21. PPN06/21 is Procurement Policy Notice that forces all suppliers who bid for large government contracts (over £5 Million) to detail their commitment to achieving Net Zero by 2050 and how they will reach the target.

With all these new regulations, most companies will need help as they are new and some of them are long and complicated to comply with, such as the TCFD. We suggest you get a Carbon Consultant to help you with all the regulations and ensure they can get you to Net Zero. If you’re a large company, you can contact us and we will help you.

From February 29th, 2022, you will also be required to make your carbon commitments publicly. So you will need to be able to say “We are very green, and we really are, and turn those into a workable plan by 2023”. 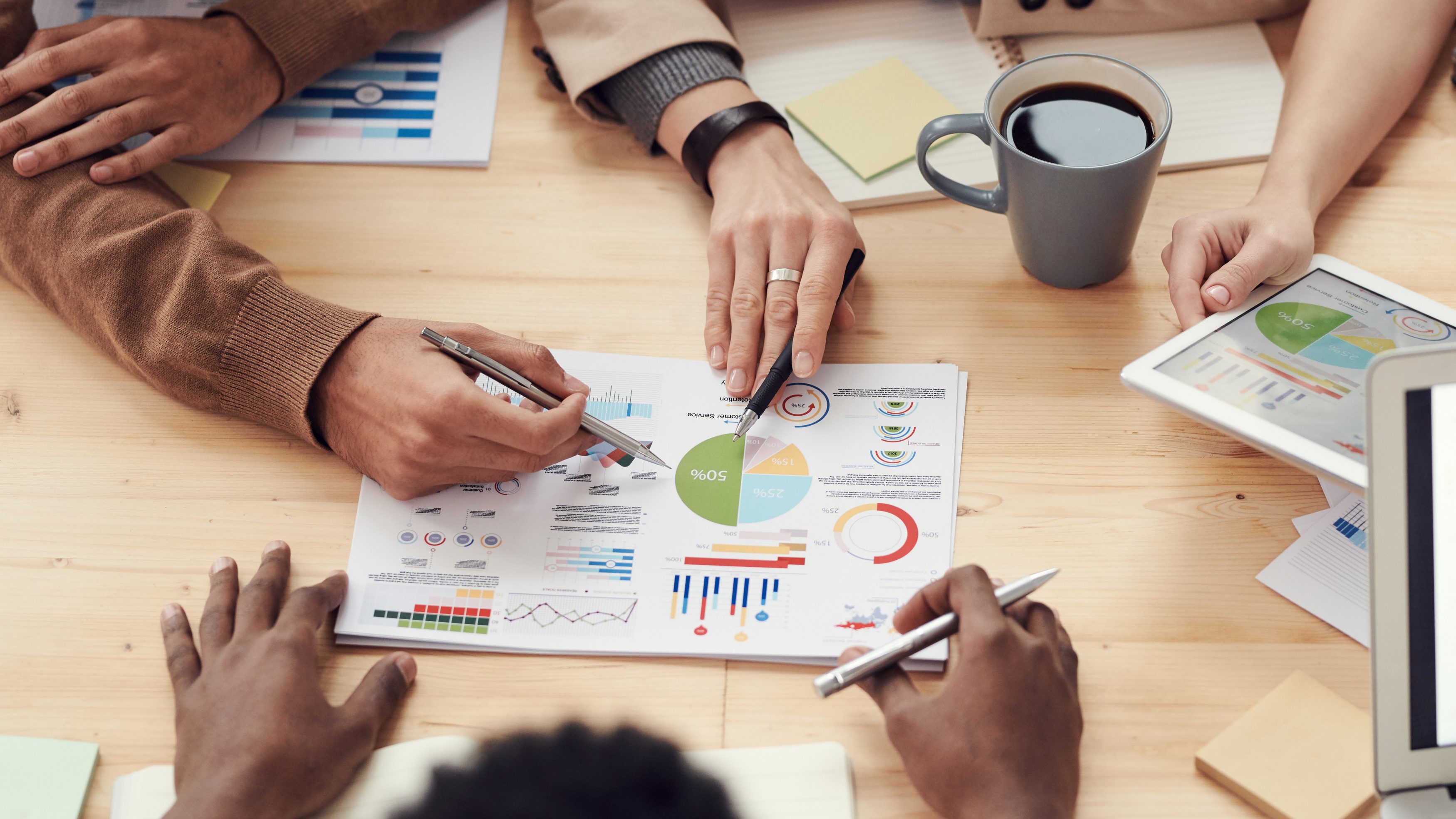 The impact on smaller companies

If you are smaller than the largest companies (less than 500 staff and/or less than 500 million turnover), then you don’t have to do anything. It’s as simple as that, there were no changes in COP26 that you need to be aware of. There were some plans made that all companies will be moving more and more towards decarbonization, but nothing you need to do now.

There were some warm words about Science-Based Targets (SBT) and the role that these have in your carbon journey. There was also some discussion on how you should be setting aside some money, perhaps this year and next year to start iInvesting in really quite expensive carbon reduction assets. So, for example, moving your fleet from diesel to electric is one, installing solar panels in all your buildings, replacing gas heating in some places with electric using low-carbon refrigerant, etc. And you’re going to need to do that over the next few years. Again, from COP26 you’re not mandated to do anything.However, you’d be wise to plan. You’d be wise to reserve some money for that, but no plans.

So, that’s probably the summary of the impact of COP26 on UK businesses in that sense. So, remember, if you’re a large company, the thing you already knew was going to happen, has happened. TCDF will imply a lot of work so, enjoy reading that over Christmas or contact your carbon consultant and start your plans to comply with it.

And if you’re a smaller company, there’s nothing you need to change at the moment. Watch our videos or subscribe to our newsletter  to be notified of changes in legislation in the UK. Currently, at Enistic we are expecting a couple of announcements to clear up the ESOS and SECR rumors, but for the moment we can not make any conclusion. We will notify our clients and followers as soon as we get updated information. 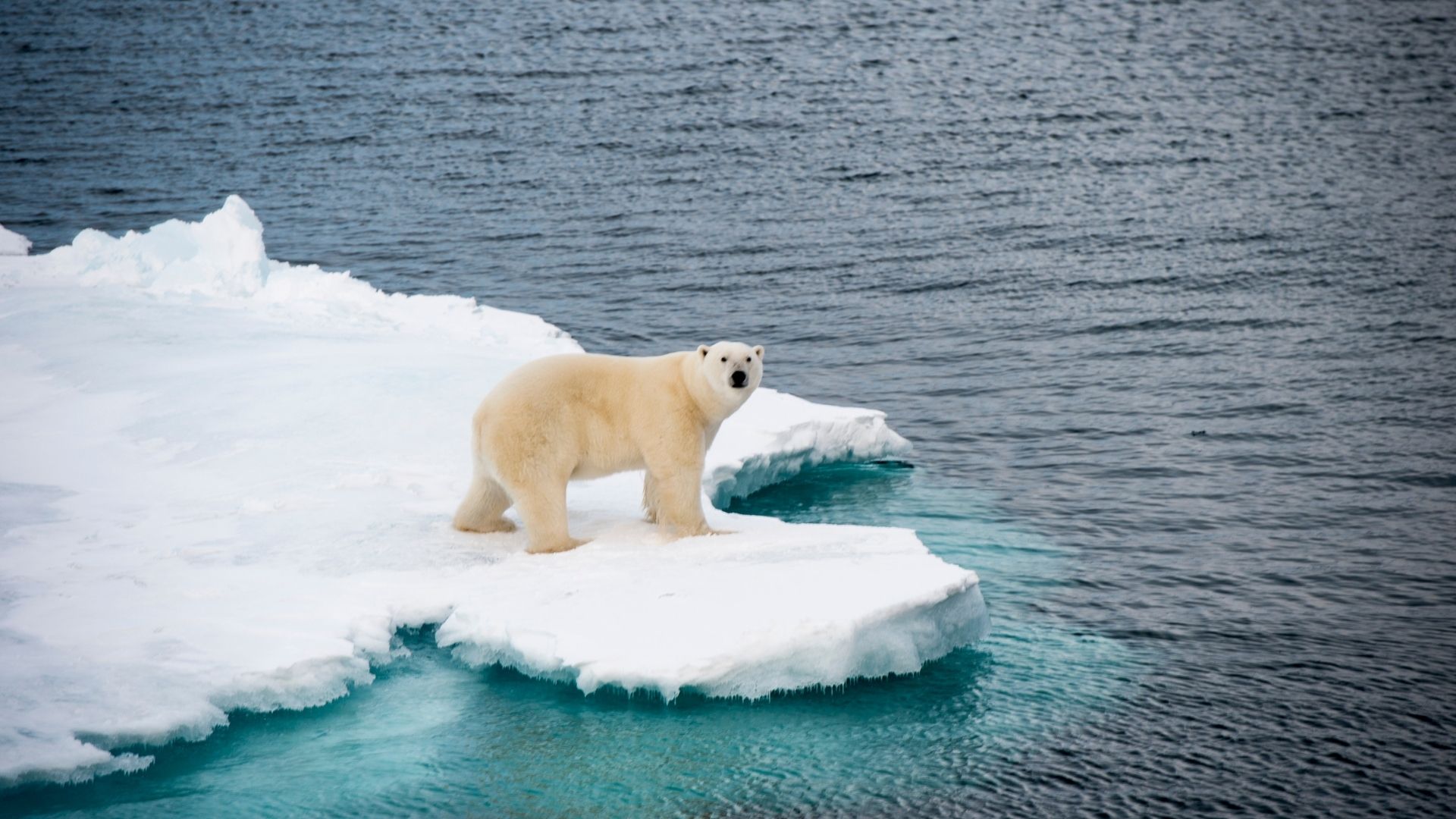 If you need professional help, Enistic offers you a safe pair of hands. You can also book a free PLATO demo to see how the software can help your company with all its sustainability tasks.

Building a future for your company starts now